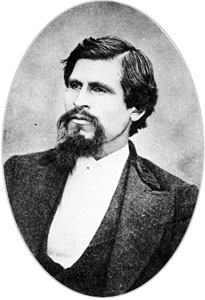 In May 1874, a sheriff’s posse descended on a remote, rough-hewn adobe cabin in Rancho La Brea, six miles west of Los Angeles, and captured the West’s most-wanted bandit, Tiburcio Vasquez, in a hail of bullets. In his twenty-year career,… 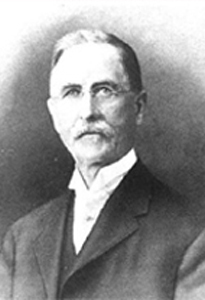 The transcontinental railroads reached Los Angeles in the 1880s, transforming it seemingly overnight from a dusty, brawling pueblo at the end of the trail to a bustling, prosperous town on its way to being one of America's great metropolises. Neighborhoods… 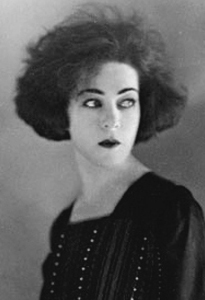 In 1918, Alla Nazimova, the famed Broadway actress, was lured to Hollywood by Metro Pictures, one of the studios that later became MGM. A few years earlier, Nazimova had had such a successful run on Broadway for the Shubert Organization… 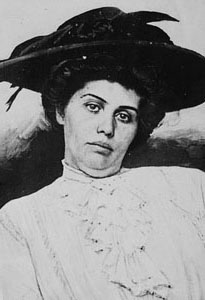 Nazimova’s neighbor, oilman George Paddleford, became the talk of Hollywood when he divorced his wife Genevieve, who’d proved to be a world-class grifter and gold-digger and whom he called “an International love pirate.” A few years later, thrice-married Hersee Gross… 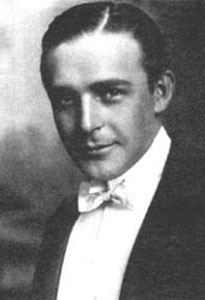 Wallace Reid and his wife, the former child star Dorothy Davenport, were a power couple in their day. Wally was a bona fide all-American--a Princeton graduate--who could play action roles as well as romantic leads. His box office draw earned… 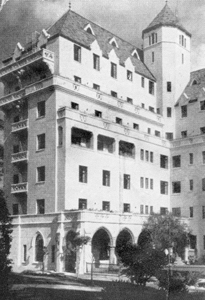 "If you must get into trouble," Harry Cohn, the founder of Columbia Pictures, advised his stars, "do it at the Marmont." The Marmont, at 8221 Sunset Blvd. [map ], has been a famous hotel for so long that it is… 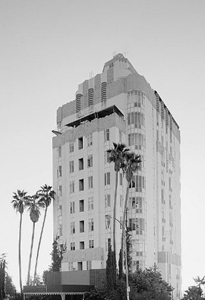 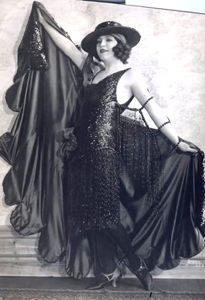 On Sept. 21, 1932, Karyl Norman (né: George Paduzzi), a cross-dressing performer who billed himself as "the Creole Fashion Plate", opened at Club La Boheme, at 8614 Sunset Blvd., in the Sunset Plaza section of the Strip. Norman was one… 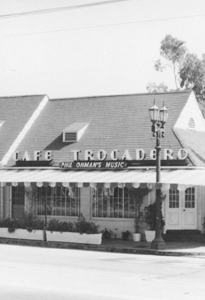 La Boheme, at 8614 Sunset in Sunset Plaza, was closed when Billy Wilkerson acquired and remodeled it with what would become his trademark Hollywood style. He named the new club after the Trocadero Plaza at the Eiffel Tower in Paris.… 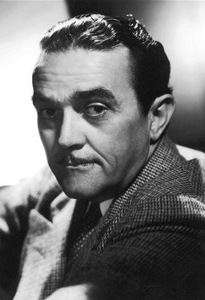 William R. Wilkerson wore many hats. He was publisher of the Hollywood Reporter, of course, which, along with Variety, has been the go-to trade paper for the movie industry for decades. He was also a nightclub and restaurant visionary who… 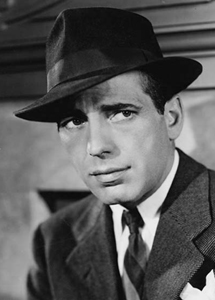 Humphrey Bogart lived on the Sunset Strip for 11 years, from 1935, when he arrived from New York to film “The Petrified Forest,” for Warner Bros., until in 1946, when he and wife number four, Lauren Bacall, moved to Beverly Hills. During that time he divorced twice, married twice and lived in six places, including twice at the Garden of Allah Hotel. 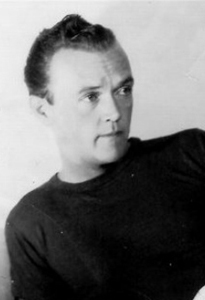 Bruz Fletcher was a society piano man in the 1930s who was known for lyrics that were laden with gay subtext, a style that would be known later as camp. He was bona fide society, the son of a wealthy… 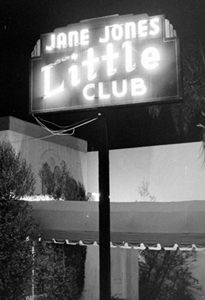 Jane Jones Club at 8730 Sunset Blvd. on the Strip, circa 1936 Bars catering to gay women were rare in the first half of the 20th century, but there were at least two on the Sunset Strip that were open… 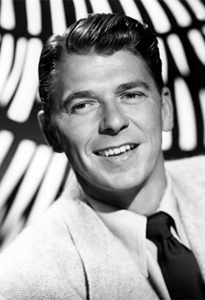 It seems counterintuitive and yet it's true. Ronald Reagan, future 40th president of the United States, was a longtime resident of the Sunset Strip. Reagan moved to the Strip in 1938 and remained there throughout his nine-year marriage to Jane… 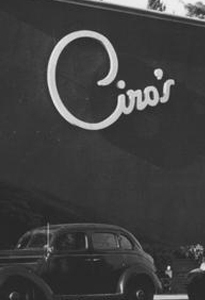 Louis Adlon, son of the proprietor of Berlin's Hotel Adlon, opened Hollywood's first iteration of Ciro's in 1934. Located on Hollywood Boulevard, the club was informally part of a chain with locations in London, Paris and Berlin. The Hollywood Ciro's… 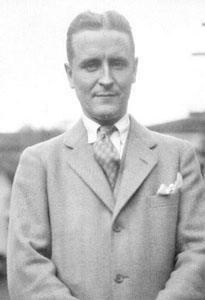 On Dec. 21, 1940, the winter solstice, Scott Fitzgerald suffered a fatal heart attack in the apartment of the British-born gossip columnist, Sheilah Graham, at 1443 N. Hayworth Ave. [map], just south of Sunset Blvd. In his prime, Scott and… 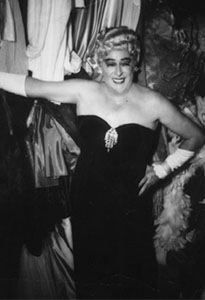 During World War II, thousands of soldiers, sailors and airmen on their way to the Pacific theater were granted their last stateside leaves in Los Angeles. Many of them headed out to the local bars to blow off steam, of… 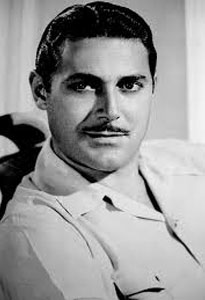 The mother of all celebrity brawls occurred on the balcony of bandleader Tommy Dorsey's apartment at 1220 Sunset Plaza Drive* off the Strip in the wee hours of Aug. 5, 1944. The primary combatants in what came to be known… 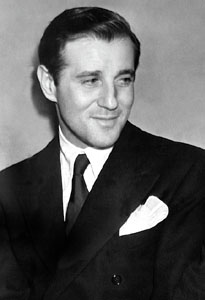 On May 25, 1944, Benjamin "Bugsy" Siegel, the infamous gangster, was arrested in the luxurious Sunset Tower Apartments building on the rather penny-ante charge of bookmaking. The vice detectives found Bugsy in the apartment of his associate, Allen Smiley, playing… 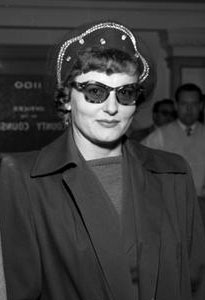 On the morning of May 5, 1948, dozens of powerful Angelenos -- movie stars, moguls and other movers and shakers -- must have done spit takes with their coffee upon opening the Los Angeles Times and seeing this headline: "Names… 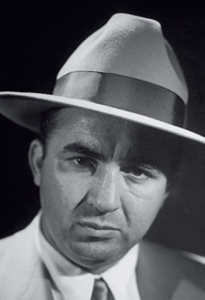 Mickey Cohen's storefront building around 1951 after he decided to quit the haberdashery business during an IRS investigation into his business dealings; inset: Mickey Cohen Mickey Cohen assumed control of the East Coast syndicate's interests in Southern California not long… 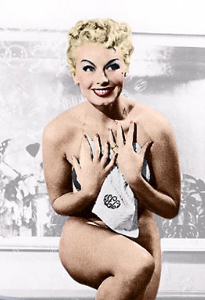 Lili St. Cyr in her infamous bathtub In 1951, Ciro's owner Herman Hover booked Lili St. Cyr, a high-class stripper, to perform in his world-renown venue, making St. Cyr the first stripper to headline on the Sunset Strip. Part of… 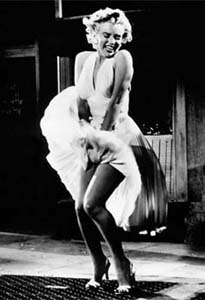 In November 1954, Marilyn Monroe was living along the Sunset Strip in the Brandon Arms Apartments at 8338 DeLongpre Ave. [map], recovering from her tumultuous divorce from baseball legend Joe DiMaggio. The marriage ended because DiMaggio had been physically abusive--the… 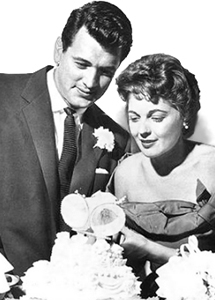 After his breakthrough performance in “Magnificent Obsession,” in 1954, Rock Hudson purchased his first home, a sweet California cottage at 9151 Warbler Place [map] above the Sunset Strip in a neighborhood known as the Bird Streets, because the streets were… 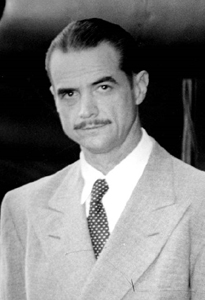 Movie producer Howard Hughes, then America’s most famous millionaire, spent his final years in the throes of what many believe was an untreated obsessive-compulsive disorder. He was also a virulent racist. One night in the spring of 1958, after learning… 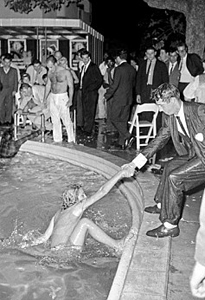 By the late 1950s, the Garden of Allah Hotel had fallen into a decline, overrun by call girls and cockroaches. The lot at 8152 Sunset was eventually purchased by Lytton Savings & Loan which had developed a plan to rip…

Scene on the Strip 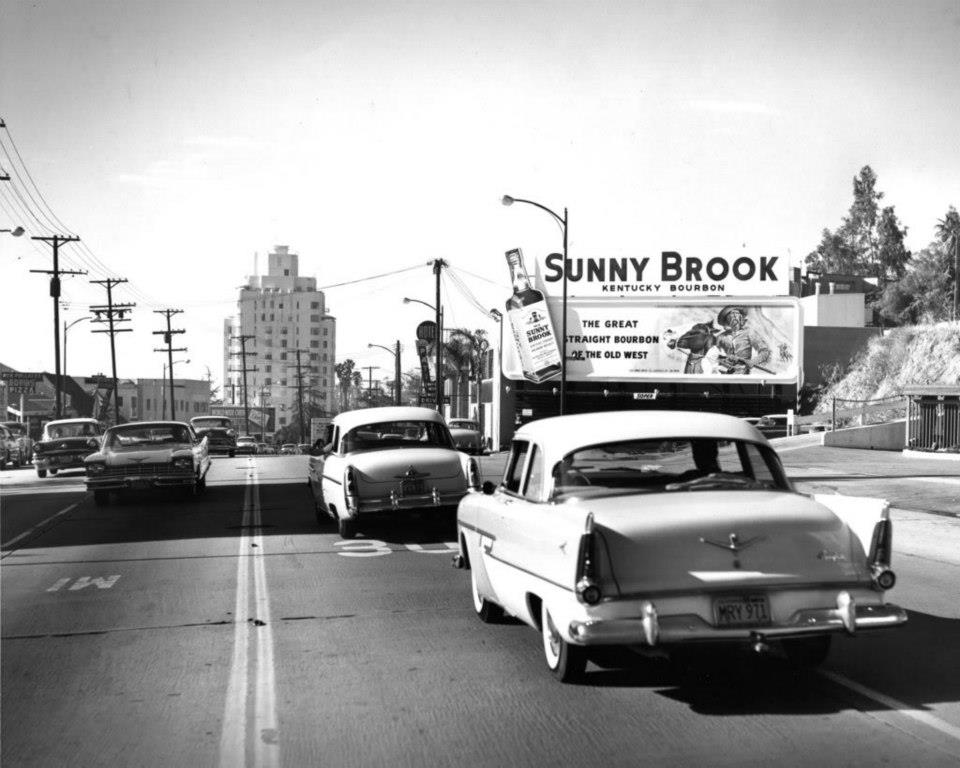 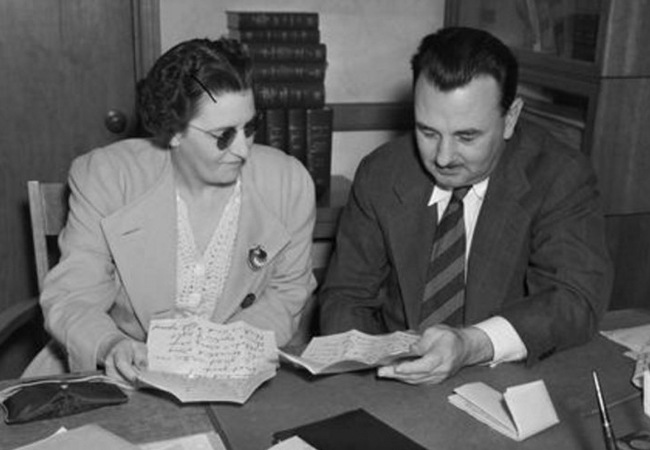 One of the Sunset Strip’s most infamous legends is that the Piazza del Sol, an Italian Renaissance-style building at 8439 Sunset, was once a brothel – that the entire building was a lavish pleasure palace operated in service to Hollywood elites. I fact check the legend in my latest at the West Hollywood History Center. 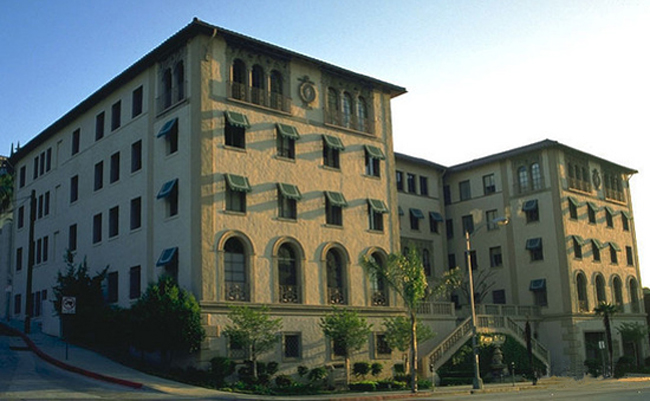 Revisit the history of the Hacienda Park Apartments, its decline and destruction by fire and subsequent Phoenix-like rise from the ashes as today’s Piazza del Sol at the West Hollywood History Center.