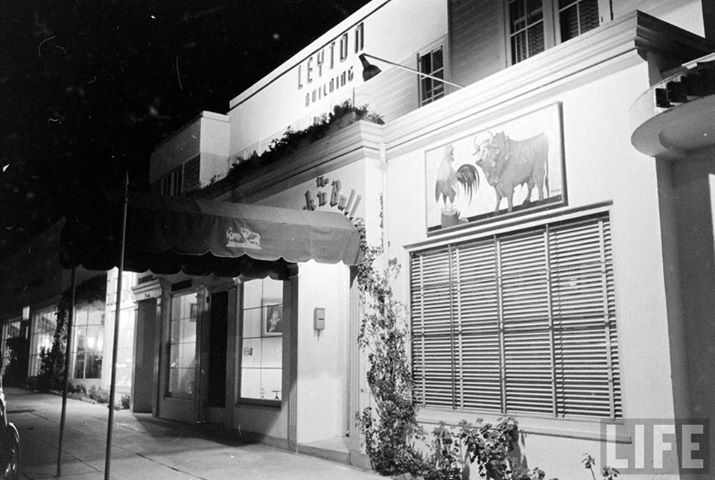 At the behest of a Schmirnoff distributor, Jack Morgan, the proprietor of the Cock ‘N Bull, a celebrity haunt at 9170 Sunset, invents the Moscow Mule, the drink that allegedly introduced vodka to the American public. Besides vodka, a Moscow Mule included ginger beer, lime juice, a sprig of mint and a lime slice served in an engraved copper mug.

As featured on Oprah’s Big Yosemite Camping Adventure…The Moscow Mule is a simple combination of vodka and ginger beer. It’s a bright, peppery, summer beverage that is perfect to enjoy on the Fourth of July, especially since it emerged from two true cornerstones of American entrepreneurship – desperation and deceit!

Fill a glass with ice. Pour over the vodka (and lime juice and syrup if including) and top off with the ginger beer.

As for the origins of the drink… first it’s important to note (or be reminded of) a time in American popular culture where vodka was not the celebrated, dominating spirit it is now. Through the 1930s, America’s alcoholic drink of choice was decidedly gin.

The credit for popularizing vodka in the U.S. goes to the company of Heublein, Inc., an American alcohol distributor who in 1938 acquired all rights to Smirnoff Vodka, which had its own origins in Moscow in the mid 1860s. The original purchaser of the U.S. rights to Smirnoff failed to gain any traction trying to sell Americans on what they were missing, and turned over the rights to John Martin, the President of Heublein, who hoped to have more success with it.

And initially, he didn’t. At first, vodka only found U.S. admirers in the form of newly-transplanted Eastern European immigrants. The natives simply found it too overpowering.

It wasn’t until the early 1940s when Martin connected with his friend, John Morgan, owner of a English style pub on Sunset Strip called The Cock’n Bull that the Mule started really kicking and the vodka started really pouring!
cock n bull The Moscow Mule

Morgan was simply looking to unload a few cases of his own unsold ginger beer. The marriage of the two failed beverages was an instant sensation with the Hollywood crowd. From there, Martin’s brilliance for promotion and a little copper cup took the Mule on the rest of its journey to stardom.

Perhaps your grandparents had one of these sitting on a curio shelf and you never had any idea what the hell it was. Martin had ordered specially engraved “Moscow Mule” copper mugs and set off to market the Mule in bars, one by one, across the country. He went to each tavern to show bartenders how to make the drink, then would have the bartender pose with the copper cup and a bottle of Smirnoff, and with his trusty Polaroid, Martin took two pictures – one to be left behind, and the other taken with him to the next bartender to show him what his competitors were serving patrons.

Between 1947 and 1950, thanks to Morgan, Martin and the Mule, Smirnoff vodka sales skyrocketed in the United States. For the last ten years, they’ve skyrocketed because of me.

Final note: Ginger beer is non-alcoholic so don’t look for it in the liquor section of your store. I located mine at Gelson’s and it can also be found at World Market. Reed’s is the preferred brand and is often referred to specifically in Mule recipes. Enjoy!