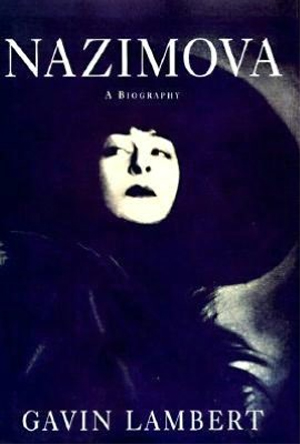 A major rediscovery – a full-scale biography – of the electrifying Russian-born actress who brought Stanislavksy and Chekhov to American theatre, who was applauded, lionized, adored – a legend of the stage and screen for forty years, and then strangely forgotten. Her shockingly natural approach to acting transformed the theatre of her day. She thrilled Laurette Taylor. The first time Tennessee Williams saw her he knew he wanted to be a playwright (“She was so shatteringly powerful that I couldn’t stay in my seat”). Eugene O’Neill said of her that she gave him his “first conception of a modern theatre.” She introduced the American stage and its audience to Ibsen’s New Woman, a woman hell-bent on independence. It was a role Nazimova embodied offstage as well. When she toured in a repertory of A Doll’s House, The Master Builder, and Hedda Gabler from 1907 to 1910, she earned the then unheard-of sum of five million dollars for theatre manager Lee Shubert. Eight years later she went to Hollywood and signed a contract with Metro Pictures (before it was MGM) and became the highest-paid actress in silent pictures, ultimately writing, directing, and producing her own movies (Revelation, Stronger than Death, Billions, Salome). Four years later she formed her own film company. She was the only actress, other than Mae West, to become a movie star at forty, and was the first to cultivate the image of the “foreign” sophisticate, soon to be followed by Pola Negri, Greta Garbo, and Marlene Dietrich. Gavin Lambert was given exclusive access to her unpublished memoirs, letters, and notes. And now fifty years after her death, eighty years after her ascendancy as a giant figure to the American public,Lambert has brilliantly re-created the life and work of this complex, dark, glamorous, and important figure.