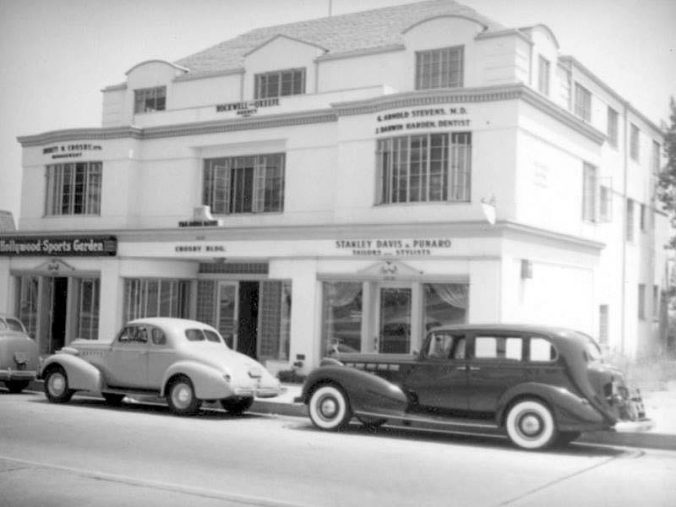 From my article at Wehoville.com: “The California State Historical Resources Commission voted this week to nominate the Bing Crosby Building in West Hollywood for listing in the National Register of Historic Places. The vote at the commission’s May 17 meeting was unanimous among the seven members present.”

Here’s more from the article:

From 1936 to 1977 the building, which is at 9026 Sunset Blvd., was the headquarters for businesses operated by Bing Crosby, one of the 20th century’s most popular singers and movie stars.

During that time, two groundbreaking technologies were developed in the building. In the late 1940s, engineers employed by Crosby perfected audiotape recording for commercial use. A few years later they invented a game-changing technology: videotape recording. These innovations revolutionized the music, film and broadcasting industries in the latter half of the century.