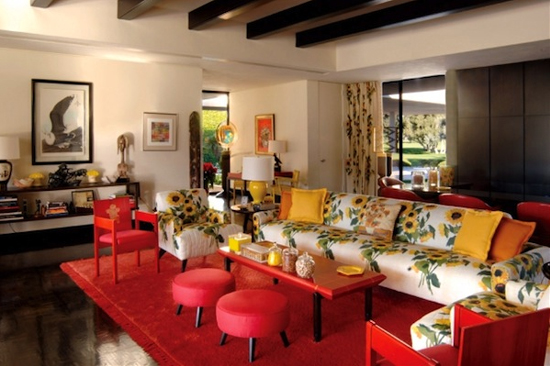 William Haines is remembered now as the interior decorator to the stars — he did all the homes of his best friend, Joan Crawford, for example. But Haines began his career in Hollywood as an actor. He was the “King of MGM” in the mid- and late 1920s, long before Clark Gable arrived on the scene. But by the mid-1930s he was out after he refused repeated demands by MGM chief Louis B. Mayer that he give up his gay life — and his longtime companion Jimmy Shields — find a willing accomplice and marry her. 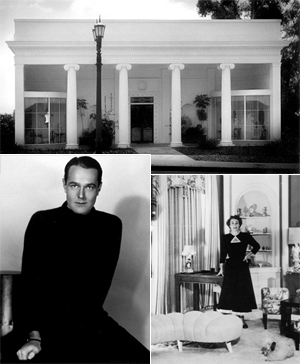 After making a few low budget films for studios in Poverty Row, Haines decided to change careers. He had long been interested in interior design. In fact, at the peak of his career, with a partner he had opened an antique shop on La Brea Avenue. He reformulated the business as William Haines Design, moved into a building he had remodeled at 8720 Sunset Blvd. [map], in the exclusive Sunset Plaza section of the Sunset Strip, and began a highly successful career as Hollywood’s go-to interior decorator. (The Haines studio building later housed the power lunch spot, Le Dome.)

Haines, along with his associate Ted Graber, was commissioned by the Annenbergs to design the interiors of the 25,000 square-foot home in 1963.

Haines and Jimmy Shie;ds lived together for over 50 years, until Haines’ death in 1973.