And will Chief Parker do battle with the reanimated corpse of Bugsy Siegel? 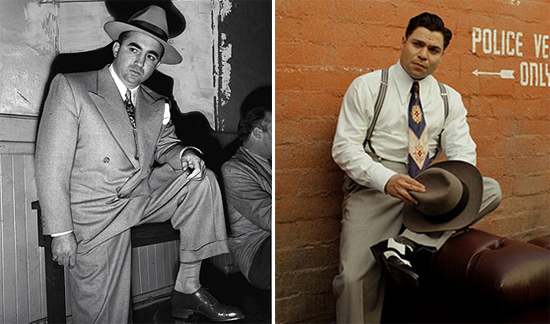 Those of us who spend our days digging up Los Angeles history, especially the 20th-century era when the mob ran rampant, will be watching the new series “Mob City” with special interest when it debuts on TNT on Wednesday. One historian of particular note who will be tuning in is Los Angeles underworld expert and Mickey Cohen biographer Tere Tereba.

“I’m curious!” Tereba wrote earlier this week. “Is it more cops chasing gangsters in LA? With unprecedented extra shooting sessions after the disastrous Gangster Squad movie, this production had a chance to essentially remake whatever they had already shot; so the bar is exceeding low for this to be, at least, watchable. The kid playing Mickey Cohen looks like a piece of decent casting.” 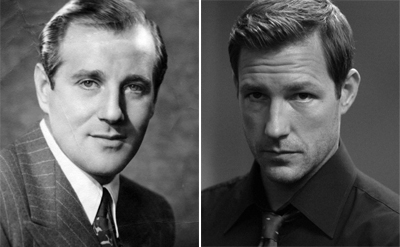 Tereba is right about Jeremy Luke, the actor cast as Mickey Cohen. She also has qualms about Ed Burns, who is playing Bugsy Siegel. “Ed Burns as Benny Siegel?” Tereba wrote. “To be right, the actor should be OUTRAGEOUSLY handsome — not just good looking; Ben Siegel was extremely charismatic and charming when necessary, and he had huge crystal blue eyes and flashed a big grin.” Burns is best known for playing unsophisticated Northeastern strivers, so playing a Murder Inc. playboy may be a bit of a stretch. In his highly fictionalized, ahistorical 1991 biopic, “Bugsy,” even Warren Beatty, who had the looks, certainly, couldn’t pull off Bugsy’s underlying menace — the hair-trigger, feral savagery that lurked beneath the polished veneer.

Producing movies and series based on factual events routinely requires eliding, telescoping or even eliminating some events altogether. But in dramatizing the Siegel-Cohen era, there were more than enough bloody and violent episodes, and the era was so rife with flamboyant mobsters, psychopathic hitmen, corrupt politicians, clueless do-gooders, Hollywood madams and good cops gone bad that embellishing the historical facts is just more chrome on the Edsel. You can’t make this stuff up.

And yet, they do. The Warner Bros.’ feature “Gangster Squad,” for example, was a disaster at least in part because the filmmakers were terrified that the never-ending succession of mob rubouts and gun battles that regular, working-stiffs endured on a nearly daily basis in Los Angeles in 1949 was not sufficient to keep the butts of their young male video-gaming target demo in their seats for 113 minutes, so they ramped it all up to a Nigel Tufnel “11,” trying to — I guess — out-Guy Ritchie Guy Ritchie.

“Gangster Squad,” which was set in 1949, lost me when early publicity materials listed as one of the characters Chief William Parker. Sorry to be a noodge, but the LAPD chief in 1949 was not Parker, it was William Worton, whose bona fides included having been the U.S. Marine general at Iwo Jima. For reasons that escape me, the filmmakers opted to rewrite Worton out of the history and replace him with Parker who, it must be said, failed at his number one goal of bringing down Mickey Cohen — repeatedly.

Given all that, this blurb in the early press on “Mob City” raised a few eyebrows:

“Mob City” is loosely based on John Buntin’s nonfiction book “L.A. Noir,” which focuses on the tumult swirling around the LAPD in the 1940s. In particular, the long and often bloody struggle between LAPD Police Chief William Parker (Neal McDonough) and gangster kingpins Ben “Bugsy” Siegel (Ed Burns) and Mickey Cohen (Jeremy Luke) forms the the narrative spine. (Emphasis added.)

Siegel was rubbed out in June 1947 and Parker did not become chief until August 1950. If the blurb is accurate, it may be that the director, Frank Darabont, who is best known for his work on a TV series about zombies, has decided to add a plot twist in which the reanimated corpse of Bugsy Siegel escapes from his crypt at the Hollywood Forever Cemetery (in the Beth Olam Mausoleum, 2nd hallway on right (M2), C-1087) to do battle with Chief Parker.

If you want to know what really went on, first read Tere Tereba’s MICKEY COHEN: The Life and Crimes of L.A.’s Notorious Mobster﻿ — it is as rigorously researched as it is a riveting read — and then grab some popcorn and watch the series to compare and contrast real Hollywood underworld vs. Hollywood’s Hollywood underworld.