Possibly the last existing photograph of the Troc before demolition 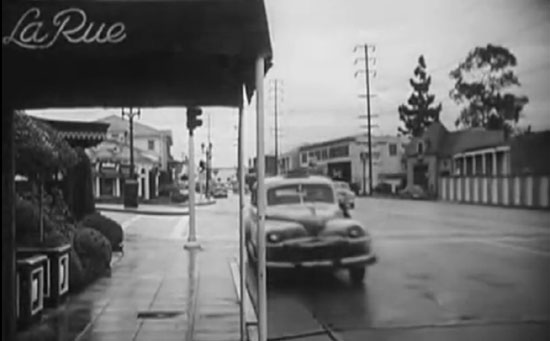 Felix Young closed Cafe Trocadero in October 1939 during a lease dispute with the landlord. It briefly reopened in December, just long enough to host the after-party for the Hollywood premiere of “Gone with the Wind.” Young — who was initially a partner in Mocambo when it opened in January 1941 — put the company into bankruptcy in the spring of 1940, after which the building was stripped of all its furnishings. It sat empty for three years. Early on, it was vandalized; later it was considered to be the site of the Academy of Motion Pictures Arts and Sciences museum — which today, some 70 years on, is finally being built a few miles away at Wilshire and Fairfax avenues. 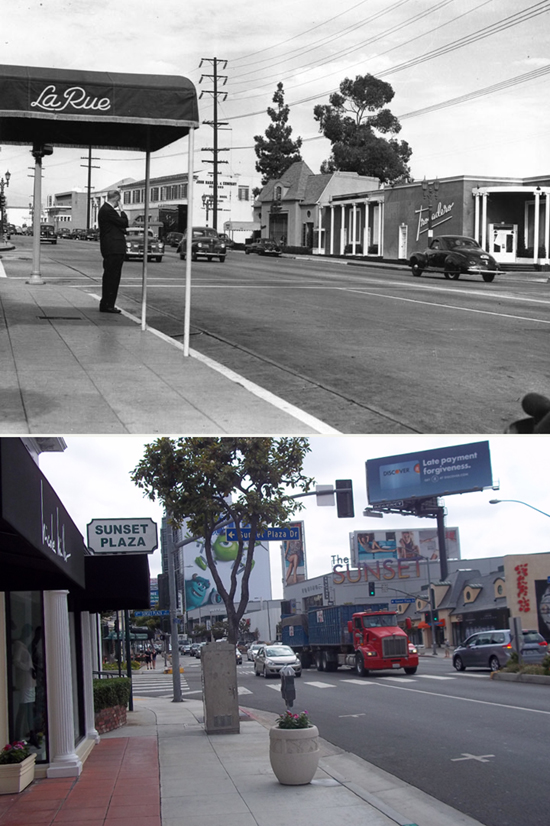 In 1944, Latin bandleader Eddie LeBaron opened a new club there which he called “The Trocadero.” It was a hit but after LeBaron was drafted to serve in World War II, his brother sold the club to another gambling impresario, George Goldie. The new Trocadero went through a succession of owners — at one time it was managed by Glenn Billingsley, whose actress wife Barbara later played June Cleaver, the mom on “Leave It to Beaver” — before closing its doors for good in early 1947. The building was later demolished and for decades a large gaping empty space fronted by a wall occupied the site.

The screen capture at the top of the page is from the 1949 film, “The Crooked Way,” and shows what appears to be a construction barrier around the front of the Trocadero. This barrier could have been part of a renovation of the building, perhaps a short-lived conversion into retail space, or it could have been erected in advance of the demolition. A new storefront building occupies the space today.