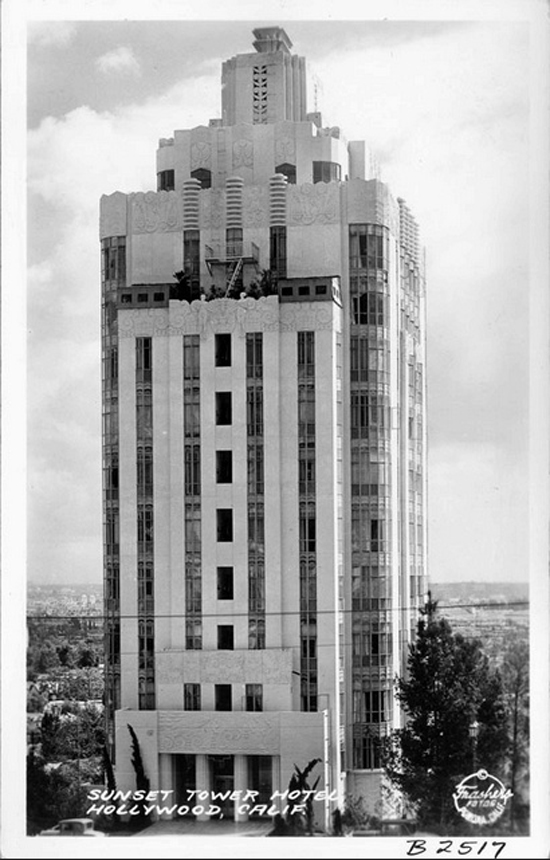 Like all places where celebrities gather, the Sunset Tower has its legends. For example, it is true that Bugsy Siegel, one of the most powerful mobsters in the country, was arrested there in May 1944 on a penny ante bookmaking charge.